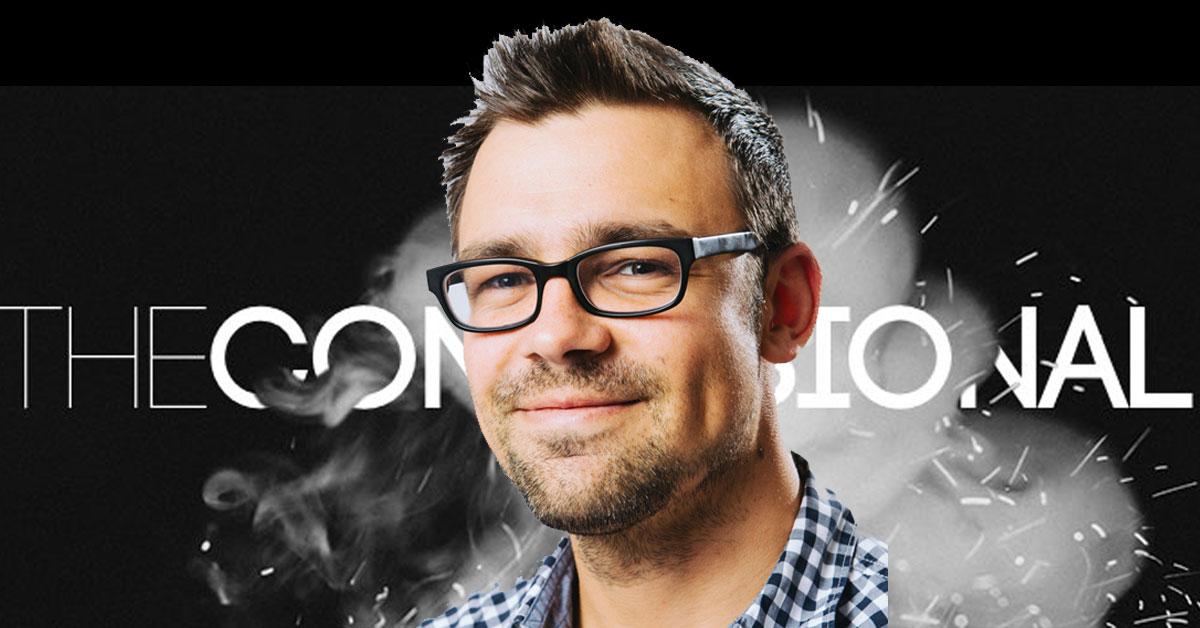 Brendan Gahan has been asking his friends in the influencer marketing industry a strange question:

“Can you do this anonymous interview?” he asks them.

And he delivers on his promise – the interviews really are anonymous. To date, not one creator, brand, MCN or talent manager featured in Gahan’s soothsaying blog series “The Confessional” has ever been unmasked.

The Confessional takes a peek behind the curtains of brand sponsorships, the least understood activity of some of the world’s most public personalities. Today, creators on YouTube, Instagram, Snapchat and other social media platforms get more views, likes and shares for products than brands’ own organic efforts, but the actual process of getting these brand deals executed is one rife with misunderstandings and competing motivations on all sides.

With The Confessional, Gahan seeks to give the various stakeholders a platform for a frank public airing of grievances and problems, in an effort to help all parties move forward in a more productive and empathetic matter on future projects.

“The conversations people have behind closed doors are often brutal but also very honest,” Gahan says. “They sound very, very different than your typical panel.”

At big industry events, Gahan says, insiders usually don’t get into the really dirty details like their squabbles, challenges and failures. And they don’t talk about the incredible amount of work needed to bring these sponsorships to fruition, work that often turns from long days into late nights.

“I don’t know how many times I’ve heard people say you just have to be authentic,” he says. “That’s not really the reality, that’s not all you have to do.”

You won’t hear at conferences, as you do in The Confessional, phrases like:

“All the brands do is they pimp the audiences,” attributed to an anonymous executive from YouTube.

“The MCNs, the creators, and their management don’t know how to write a treatment. It’s awful,” according to one executive from an ad agency that deals with influencer marketing.

Not everyone has the access up and down the food chain the way Gahan does. The various players are more honest with him because he’s worked in the space forever, relatively speaking. Gahan has been doing influencer marketing for 10 years – his first deal was with Smosh in 2006 and got so many clicks it crashed the client’s server. Over the year’s he’s built up a long list of connections who are willing to help him share a closer look with the community. Unfortunately, he’s a slow writer. He’s only published a dozen confessions so far, but has dozens more still in the queue.

As the founder/EVP of Epic Signal, an influencer marketing company which he started in 2013 and was acquired in 2015 by Mekanism, he’s seen the industry from all points, and lived to tell about it – without naming names. He previously worked for Fullscreen and had a previous stint for Mekanism. Today Epic Signal has more than 30 employees in four offices in Chicago, New York, San Francisco and Seattle, and has worked with Pepsi, Mountain Dew, Bud Light, Corona and others.

‘Empathy’ For All Parties

Gahan hopes that by sharing the frank opinions of key players it will help the various stakeholders have greater empathy for the others, and make the whole process run more smoothly, both for his company and the industry as a whole.

“I wanted to provide a platform for people to really share insights that are real and not just vanilla, but are really practical,” he says.

The influencer marketing ecosystem is at the same time new, complex, and constantly in flux, which often results in conflict between the various players. There are so many viewpoints that, in The Confessional, those players often can’t even agree on what their responsibilities are or what the accurate names for the parties should be. Added to that is a layer of creative friction, common to any creative endeavor.

Gahan says the industry can be broken down into these basic categories: The brands, the creators, the third parties or intermediaries. And, never to be forgotten: the audiences.

Epic Signal is an intermediary, which could include groups that call themselves MCNs, talent agencies, and a variety of other types of companies that bring creators and brands together.

“Intermediaries, technically, are the most expensive piece,” he says. “But they’ve also got the biggest opportunity, because there’s a huge need for strategy, for services, for production. People who will understand how to navigate the needs of both sides of the deal.

He points to client service as a huge need: Packaging ideas, negotiating the deals, tracking, reporting and more. It’s almost impossible for creators to orchestrate all this themselves, even with the teams that many have created to help them manage the business side of their channels.

“Big creators are getting a lot of brand deals thrown at them,” Gahan says. And it’s hard for one person, or even a small group of people, to both be a content creator and a businessperson.

And for creators, the task of crafting content for that brand based via an email brief isn’t fun, or their specialty, or why they got into being a creator to begin with. But if the intermediaries can develop strong personal relationships with creators, the end product will most likely be much better for the brands.

“We always try to approach it from the creator’s perspective,” Gahan says. “What is going to be fun for them and how can we add value to them… but also accomplishes the brand’s goal – which is getting their message across.”

What’s your experience with influencer marketing? We want to hear your comments below.

Dane Golden is CEO of VidiUp, a video content marketing agency. His mission is to help brands get viewers to come back to their videos again and again through use of helpful how-to content, driving loyalty, conversion and ROI.