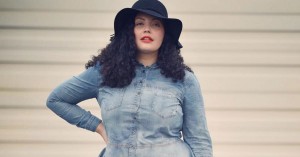 Ad blocking is rapidly increasing across all platforms.

On the fastest growing part of the web, mobile, 419 million smartphone users worldwide now use ad blocking. And mobile ad blocking is growing at 90% per year.

On desktop, the story is the same. The most recent figures, now a year old, found that 198 million people are using ad blocking.

Even when we can see the ads, we’ve conditioned ourselves to avoid them.

“We have banner blindness to anything that happens on the top or the side of the screen,” said Morgan Buell, director of strategic partnerships for SheSpeaks, an influencer marketing company. “Anything that interrupts your interaction when you’re on a site is just frustrating.”

Influencer marketing is increasingly seen as a solution to the ad blocking problem, and SheSpeaks works to create engaging conversations and amplify content for their partners across targeted demographic segments.

The company was founded in 2007 as a research and insights company. One service was inviting bloggers to try out new products, but SheSpeaks was asking them to NOT talk about the products. The company soon realized that there was a missed opportunity, and now the company does just the opposite, instead encouraging influencers to talk as much as possible about the products across all social platforms, including YouTube, Snapchat, Facebook, Twitter, Instagram, live streaming, etc.

Each campaign is custom-crafted with a platform, content, and influencer mix that matches the product and the message they want to communicate.

“If you’re a clothing brand, that’s a natural and organic fit for an Instagram campaign,” Buell said. But for a product such as Secret deodorant, where the benefits are slightly less visual, Instagram might not be the right platform.

Brands And Influencers – A Team Effort

Buell said that campaign messaging creation needs to be a cooperative team effort between brand and influencer – the right influencer, of course – with a mutual respect between the two parties.

“The brand has to be able to say, “These are my core goals and my KPIs and what I want to get across,” she said. “But the influencer has to have the creative ability to go out and be able to craft their message. They should come back and have a message that’s a fit for the client.”

Clients shouldn’t expect influencers to just blindly say whatever the brand wants. For instance, an influencer is probably not going to say on their channel: “I love this Jolly Rancher. I eat it every day, and you should buy it here.”

“What brands should realize,” Buell said, “is that these influencers are very much building their own businesses. You’re going to these people who are basically master creative directors and they’re creating the content. It’s just a new way to look at [a brand’s] creative budget.”

SheSpeaks tracks the content of all influencers in their network, and also partners with multi-channel networks when needed. In this way they create a strategy with the right platforms, influencers and content categories that meet the needs of a given campaign.

The way a creator speaks to their audience is important as well.

“Because we’ve been in the business for a long time, we’ve just established relationships for a lot of the high-tier influencers,” she said. “So, we kind of know their voice.”

During a major multi-platform, multi-demo push for Kmart last Christmas, SheSpeaks worked with female creators on Twitter, Snapchat, Instagram and blogs. The influencers were hosted at an in-store event where some did live Periscope streaming to their fans. One creator, Tanesha Awasthi, got more than 4,000 likes on an Instagram photo she posted of one outfit, responded to her followers comments in real time, selling it out on the website during the same period.

And influencer content can be evergreen, delivering for a client campaign long past the promotion’s expected end-date. SheSpeaks worked with the “What’s Up Moms?” YouTube Channel” to help launch the Gillette Venus ProGlide razor. The company guaranteed 300,000 views of the video, which it accomplished last year. But the video keeps getting traction.

“People are continuing to find this video, watch it, and comment on the video, which is pretty incredible,” Buell said.

The video has engaged more than a million bonus views for the brand.

How To Start A New YouTube Brand Channel [FAST]

How To Start A New YouTube Brand Channel [FAST]